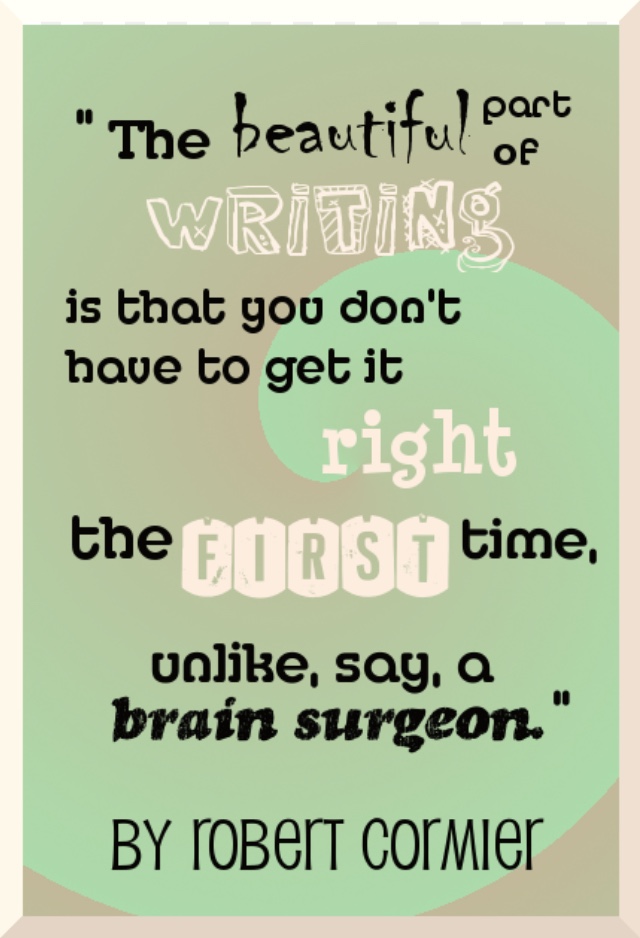 What I Learned From Writing My First Novel

Every writer blogs about writing, sharing all sorts of information pertaining to the entire process. Since I'm a newbie in the world of writers, I wondered what I could possibly say that hasn't already been written at least a thousand times by authors who aremore eloquent than I could ever hope to be. So I decided to share my personal experience in theprocess of writing my first novel.When I started

my first draft, I only knew I wanted to tell a story. In reading blogs and books about writing,I discovered that most authors encourage writers tocreatean outline before starting the first draft. Did I heed that advice? No.The other advice I had read was that the first draft should simply be written off the top of your head and don't worry about editing any part of it. Just write it. It will be awful, but just keep writing. Get the story down on paper or on your computer screen. Did I do that? Yes. I wrote furiouslyfor months and months...and months. However, after over a year of writing, I dearly wished I had createdan outline. It was hard to remember what I had written at the beginning of my draft. I think an outline would have kept me organized and on track. When I realized my mistake, I tried writing an outline over half-way through my first draft, but it was too little, too late. I still felt confused. I think this may have made my writing process a lot longer than it needed to be.Once I finally completed my first draft, I began to fine tune it. This part was fun. The story began to take shape, and it looked and sounded like a real novel. The thesaurus became my second-best friend. It helped me find words to develop vivid imagery. My first-best friend was Google. It helped me with researching character names, scenery, history, locations, and any question that arose in the process of novel writing. (I'm currently learning how to use Pinterest to help with the research of my next book. Perhaps I'll share about that in another post.)While working on the third draft of my book, I read that most authors will read through their work at least eight times before publishing it. I was shocked! Eight times, really? After reading through my work for the fourth time, I sent it off to my editor and proofreaders. I gave it to them with excitement and trepidation. Would they like my work? Did I even have potential as a writer or was I just a dreamer? I tried to prepare myself not to be defensive and unwilling to accept constructive criticism, but I also hoped they wouldn't find much to criticize in my work. Ha!I have to say that the critique and revisions from my editor and proofreaders, as well as the words of encouragement, helped immensely. They were good suggestions. Their fresh eyes helped me see things in a new light. After that entire process, I re-read my work again...for the fifth time, or was it the sixth? It was hard to keep count at this point. You just do what you have to do until it feels right. I sent it to my proofreaders for a final look and received those revisions back. After, I corrected a few typographical errors, etc., I was ready to read through my book for the sixth or seventh time.Looking ahead, I realize that once I have my book formatted for printing and ebook publishing, I will need to read through the work again to make sure it formatted correctly. I believe that will bring me up to the eighth read-through of my novel. It seems these experienced writers -- who are way ahead ofme -- really do know what they're talking about.I'm truly grateful for all the bloggers who are giving advice and sharing their personal experiences about writing, editing, publishing, and promoting. I've gained greater knowledge and understanding about the craft of writing from these experts, as well as from those who, like me, are starting out and simply sharing thoughts about their journey.The adventure of writing has stretched me further than I ever imagined and broadened my scope of knowledge of history, geography, vocabulary, etc. It's been a great journey so far and I'm looking forward to starting the process all over again with my next novel, but this time I'll start with an outlinebeforebeginning my first draft.