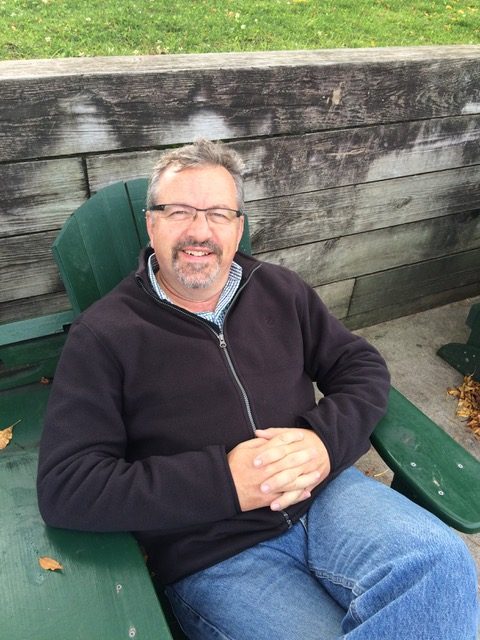 Psalm 2:7:  I will declare the decree: The Lord has said to me, ‘You are My Son. Today I have begotten you.’

I am posting here for you the beautifully written memoir that my father-in-law, Reverend Oliver Dalaba, wrote about my husband.

Some may say of Curt Dalaba that he was a world traveler.  He traveled much of Europe and parts of Asia and various parts of the world, as well as the U.S.A.  Curt drove Ginny and me through a lot of Germany and other countries, and showed us the Alps in Switzerland.

But to me,
he will always be my son.

To many people, Curt Dalaba was a great linguist. He taught himself sign language and worked with deaf kids at a school for the deaf in Trenton, NJ, receiving a Community Service Award for his volunteerism while still a student in High School.  He learned German by himself and became proficient in the language to the point that he pastored a bi-lingual church in Bridgeton, NJ, where he met his wife, Anne.  Later, he and his family served as missionaries in Germany, reaching out to refugees.  He learned parts of other languages as life demanded.

But in any language,
Curt will always be my son.

To many children, Curt made Bible stories come alive with puppets, illustrated stories, and colorful “sets.” I was honored to have him serve with me as a children’s pastor. He was trained as a Royal Ranger leader and served on the first Royal Ranger Training Camp in Europe. I have a picture of him in his Royal Ranger uniform with one of his puppets dressed as a Royal Ranger with two children pressing hard against his other arm.  He trained many kids at churches and camps. His influence will travel far and long through young lives grown up learning from his teachings and writings for children.

But for all the children he has touched,
Curt will always be my son.

Some people will remember Curt for his sense of humor.  He could change the atmosphere of a room and bring smiles and laughter. He and I did a skit at a Royal Ranger Training Camp in NJ that was so real that we had trouble convincing people that it was just a skit. Though he had a great sense of humor, he never forgot the realities of life. He accepted current realities, but he always saw the bigger and eternal realities as well.

Curt had many gifts and skills,
but he will always be my son.

For many people, Curt will be remembered as a caring pastor. He preached the Word with integrity, sincerity, and clarity. He helped people with their personal needs as well as their spiritual ones. He loved the whole person. He resisted injustice wherever it was found. His outreach was international as was his love for every culture. There were thirty languages represented in his church in East Lansing, MI. His church was World Missions centered, and he accepted the Great Commission to go into all the world and preach the gospel.

But for all the people in the world that Curt touched,
He will always be my son.

Curt Dalaba will be remembered as one who served in the Assemblies of God, Michigan District.  He believed in all the churches, big and small, as ordained by God.  He knew that there were some ministries which could only be done by working together; as the little mouse said to the elephant on whom he was riding, “My, didn’t we shake that bridge when we crossed over it?” Unity should crowd out division. Love should overcome in every situation. We are all laborers together with Christ in God.

No matter where Curt worked, or who he worked with,
he will always be my son.

Only one may call Curt husband, and that is his lovely wife, Anne.  They shared a great life together, a mixture of laughter and tears, of joys and sorrows. A great love made it all possible. Ministry to others was a life-long commitment. They raised a beautiful family, and we shared many memories together. I was so blessed to have Curt and Anne living in Kalamazoo, where Curt was Associate Pastor, while Amanda and Brendon were born. Two wonderful kids can call him Dad, and he was so honored that they followed him in faith and in commitment to the Lord. Amanda and Brendon, you were greatly loved and accepted for who you were with your own unique gifts. You are now passing on the legacy of faith to your beautiful children. Amanda and Alireza, I love your daughter, Leila. Brendon and Kelsey, I love your sons, Brayden and Lukas. Curt loved you all completely and unconditionally. He cherished his time with his grandchildren.

You, as a family, all have your own names for Curt,
and your own special memories,
but Ginny and I will call him son.

But someday up in heaven, I will walk up to you and say,
“There’s my son.”