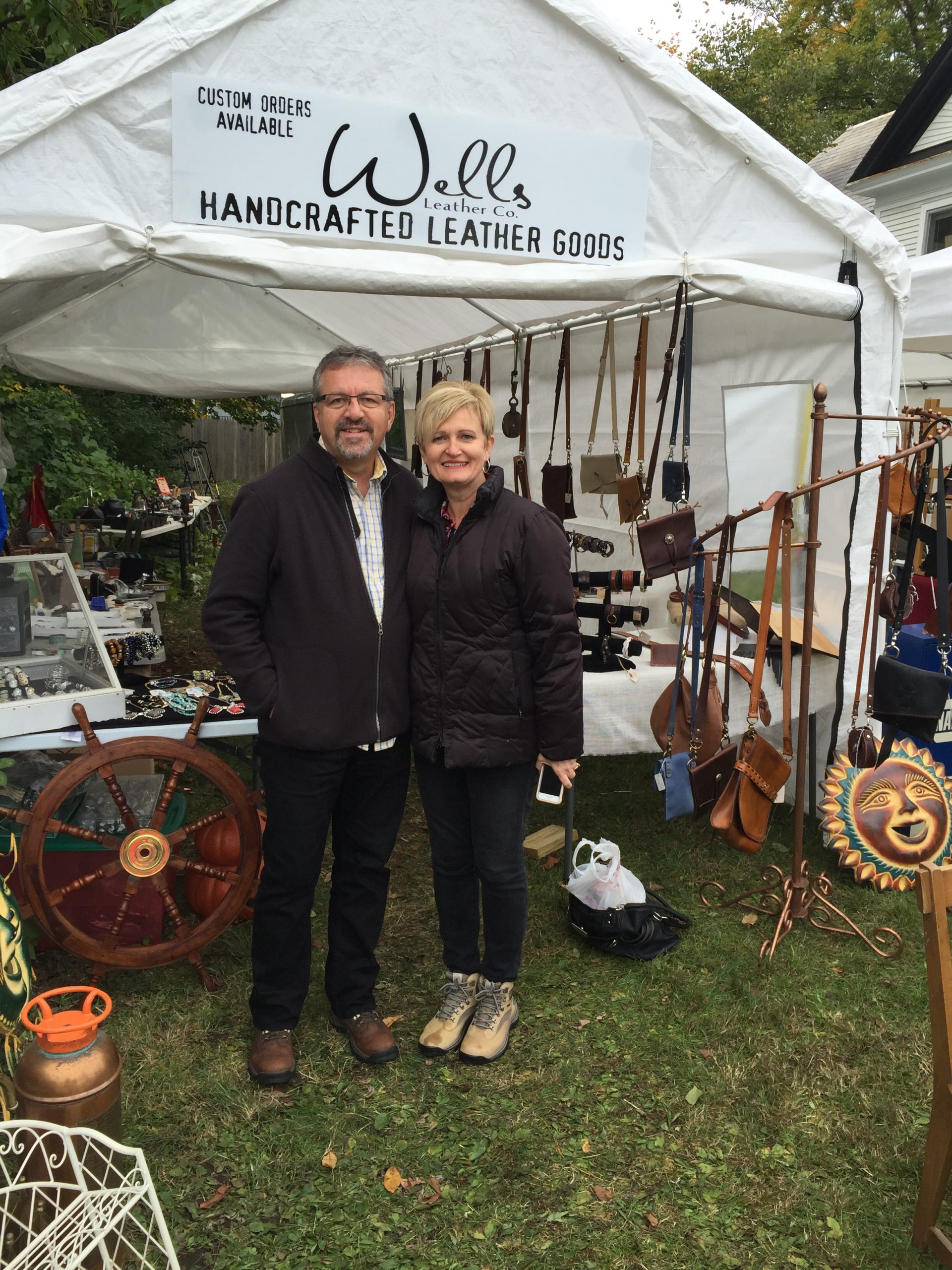 I took a break from blogging my journey as I approached the first anniversary of Curt's passing and entered the second year of my grief journey. Before I share more, let me say that everyone's grief journey is not the same. I think a lot has to do with personality, the depth of the relationship you lost, and how vital that person was to your happiness in this life. So, my story might be very different from your story.

As the first anniversary approached, I braced myself for it. More than the 25th, which was the actual day of Curt's departure at 3 a.m, I dreaded the 24th of September when they moved Curt to palliative care. As the anniversary approached, I had flashbacks of that painful day. I can't think of one thing that was harder than something else on the 24th. It was a day of heartbreak from beginning to end.

Cancer is vicious, and it unexpectedly robs you of the time you thought you still had. Curt wanted to say more but lost the ability to do so. I wanted to say more, but shock kept the words bottled up and wouldn't release them. We wanted this valley of the shadow of death to end. But my children and I clung to each moment, not wanting Curt to depart. We couldn't have both. This year as the 24th approached, all these images plagued me, especially as I lay in my bed at night. I could still picture that room, the nurse, the lack of beeping machines because there was no need to sustain life. It was time to let go.

Hoping to make the first anniversary more bearable for ourselves, my children, grandchildren, and I chose to vacation in Florida, far from Michigan and all the painful memories. Curt's parents and sister live in Florida, so we were able to visit with them also, which was a precious time for all of us. We purposely shared happy memories of Curt with each other and made wonderful new memories. It gave us much joy to recall the many precious and funny moments with Curt. We laughed, and sometimes we wiped tears away, but whatever the emotion at the moment, the longing for what we lost never left our hearts.

Now I'm almost one month into my second year without Curt. Is it less painful than the first? So far, I can't say that it is. It's just different. I don't cry as much as last year, especially those first six months of endless tears. But the fact that Curt isn't coming back is sinking in like never before. And the length of my life stretches out disappointingly long into my future. Please don't misunderstand. I don't have a death wish. I'm still here, so my work isn't done, and God has more for me to learn and do.

The grief journey is complicated and complex. For most of us, the pain doesn't end after one year. I've talked to widows who told me it took them seven and even eight years or longer. I was privileged to visit with a widow who lost her husband over 40 years ago. What a blessing she was to me. Her eyes filled with tears as she talked about him. You never stop missing someone you loved deeply. No matter where life takes you, your heart cannot forget the one who embodied most of your happiness. When I came across the following meme on Instagram, I had to share it with my readers.

Thank God I'm doing much better today than at the beginning. But the waves of grief still come unexpectedly. Seemingly out of nowhere, the longing becomes intense — to feel Curt's hand in mine, look into his eyes, hear his words of encouragement, sit quietly together or have a deep conversation, take a long walk together. The list goes on and on. Of course, such a loss will not disappear in one year. Honestly, I might never receive complete healing until heaven, but I'm okay with that. I have God, and with Him as my partner, I can make it through anything. Grief doesn't diminish, but God helps us to grow around our grief.

Paul's words, so often quoted, ring truer to me than ever before. "For I can do everything through Christ, who gives me strength." Philippians 4:13 NLT

When I felt weak during the first year of my grief journey, I asked God for strength. When I felt lonely, I asked Him to fill the loneliness, not with another person, but with Himself. I asked Jesus to be my partner now. It wasn't something I did only once, but over and over again.

It only makes sense that if I allow Jesus to be my partner, I will desire what He desires. And what Jesus longs for is that everyone will spend eternity with Him. He wants me to do my part to rescue the perishing. But my world has become so much smaller without Curt. In my opinion, Curt would have done a better job of telling people about Jesus. His sphere of influence was farther. His abilities and Scriptural understanding exceeded mine exponentially. But who am I to question God's wisdom. So, I continue with my tasks.

At the end of August and early September, I helped my daughter and her family move from Connecticut to Massachusetts. As I filled the boxes with their necessities and treasures, my mind swept back to when Curt and I packed our belongings to move from New Jersey to Michigan, then Michigan to Germany, and then several more moves after that. Curt was an organized person. He taught me much about packing. I thought of how fun it would be if he were here to help us with this move. Curt would have had us laughing because he could find humor in almost any situation. I miss that about him.

While packing in Connecticut, I had earphones in my ears so I wouldn't disturb my daughter working virtually in the other room for her job. I listened to YouTube as several Christians shared their near-death experiences. There was one common thread that stood out to me in each of their stories. In their life review, the only thing that seemed to matter to Jesus were the things people had done to help others. The unnoticed acts of kindness, the words that brightened someone's day — basically, love, joy, peace, forbearance, kindness, goodness, faithfulness, gentleness, and self-control. (Galatians 5:22-23) By serving others, we please God. Didn't Jesus illustrate this for us when he washed the disciples' feet?

After washing their feet, he put on his robe again and sat and asked, "Do you understand what I was doing? You call me 'Teacher' and 'Lord,' and you are right, because that's what I am. And since I, your Lord and Teacher, have washed your feet, you ought to wash each other's feet. I have given you an example to follow. Do as I have done to you.

It's much less complicated than I had thought. If I want to please my Lord, I must serve the ones Jesus has placed in my life. It's that simple and that difficult because serving requires dying to myself. I have found that often when the opportunity arises to serve, the timing is lousy. I have to stop what I'm doing for the benefit of someone else. I'm required to have a servant's heart.

Last week, I took my dog for a walk. He's a mostly black, fun-loving, 15-pound, nine-year-old Yorkipoo named Scooter. As we walked through our neighborhood, a long-haired dachshund rushed toward us, leash dangling from his collar and his owner giving chase. I knew that dog. He's the one who bit my dog in the past. His owner didn't stand a chance of reaching him before he got to us. Wanting to protect my dog, I lifted him into my arms and started running toward his owner, hoping the lady could grab his leash. I wasn't afraid he'd bite me. He had an issue with Scooter, not me. Unfortunately, my "big idea" (as my grandson would say) wasn't so great. The dachshund ran in front of me and wrapped his leash around my legs. I felt myself falling in the middle of the road, and there was nothing I could do to stop it. As fast as I landed, I stood back up again. I had lost my grip on Scooter, and now the dogs were growling at each other. I didn't bother pulling Scooter away but let him fight his own battle, which he did valiantly with his snarls. It seemed neither dog dared attack. It was like they were sizing each other up to see who was strongest or whose growl was biggest.

At that point, the owner finally arrived and grabbed her dog's leash. She apologized profusely. I assured her I only had some minor scrapes, nothing worth mentioning. She continued apologizing, so I placed a hand on her arm and told her again, "Please, don't worry about it. I'm fine." I felt compassion for her because I imagined how awful and embarrassed I'd feel if that had happened to me. We parted ways, and I continued my walk.

Although the scrape on my elbow, hand, and knee burned, I felt unexplainable joy. Why, I didn't know. I reviewed what had just happened, trying to make sense of my elated emotions. Soon the answer came. God was pleased with how I had responded to this lady in my neighborhood. I don't know anything about her life. I only know which house she lives in, that she's married, and has at least two sons. Yet God knows every detail of her life, and He loves her. It pleased Him that I had responded to her with patience and love. And I felt God speak to my heart that this is how He wants to use me in His Kingdom. By loving the people with whom I rub shoulders and come into contact. That is the work I must do.

I guess I had to get scraped up to be in a position for God to show me and help me to understand my calling. Only heaven will reveal how our lives impacted those around us.

I will close this blog with a song, Yet Not I But Through Christ In Me. (Click on the song title below.) A dear friend sent it to me this week. No matter what you are going through, the path is easier — more doable, if you stay close to Jesus.

Yet Not I But Through Christ In Me